The preliminary contacts with the Philippine local church regarding the possibility of a new foundation started as early as 1981.  It was Jaime Cardinal Sin, the Archbishop of Manila who invited the congregation to establish in the Philippines.  In his conversation with the Superior General, Fr. Gerard Lemire in Rome (March 1982), the Cardinal told him that Saint Louis Marie de Montfort and his spirituality are already known in this country.  The approval by the General Superior with the agreement of his Council and the Extraordinary Council was made on October 15, 1983.  “This foundation is, in the first instance, an answer to the appeal of a certain sector of the church (e.g. the Legion of Mary) and is supported by an official invitation of the Cardinal-Archbishop of  Manila, and secondly, in order to find Montfortian Vocations which could answer the needs of the local church, especially as regards the poor. As well as replying to the appeals of the Foreign Mission Churches….”   (Cf. A Proposed Program for the SMM Formation Team in the Philippines, Vol.1 By Mario Belotti, Smm) 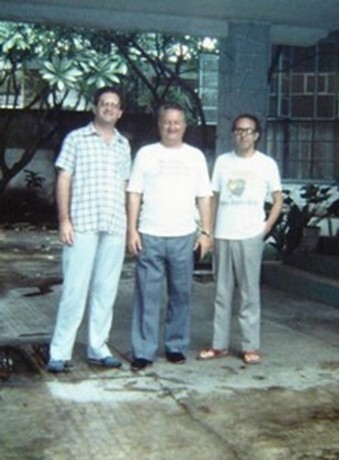