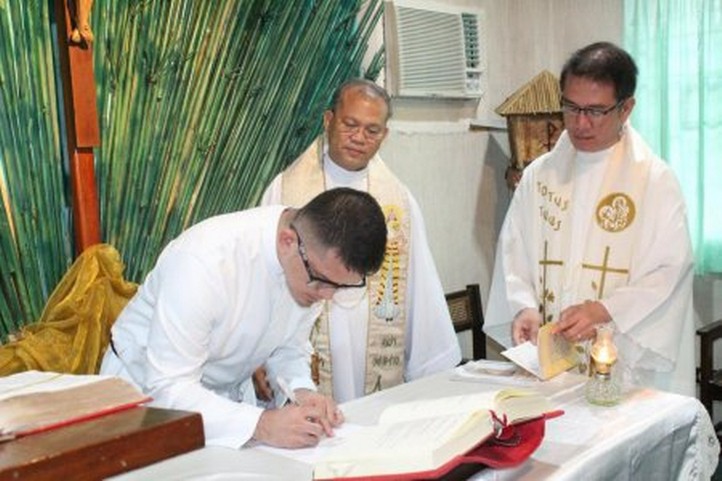 On October 29 2017, the Feast of the Archangels, the Scholasticate Community celebrated the Renewal of Vows of Brother Francois Leonard P. Ancheta , SMM. It was held within the mass presided by Rev. Fr. Richard Magararu, SMM, Philippine Delegation Superior with Fr. Sherwin Nunez, SMM and Fr. Norwyn Baydo, SMM as concelebrants. In his homily, Fr. Richard encouraged Bro. Francois and all the scholastics to be faithful to the vows and draw inspiration from the main traits of the Archangels. Be like Archangel Gabriel- messenger of Good News. Be like Archangel Michael- fighting evil in the world. Be Archangel Raphael- bringing healing to people. He further challenged each one to value community life and make it a place where they can grow together as religious. He also warned the community of the danger of unhealthy competition that might destroy fraternal life. After the homily, Bro Francois pronounced his renewal of vows and was received by Fr. Richard in behalf of Father General. A simple breakfast was shared together after the simple but meaningful celebration.