PHILIPPINE DELEGATION GENERAL ASSEMBLY WITH THE SUPERIOR GENERAL AND HIS ASSISTANT 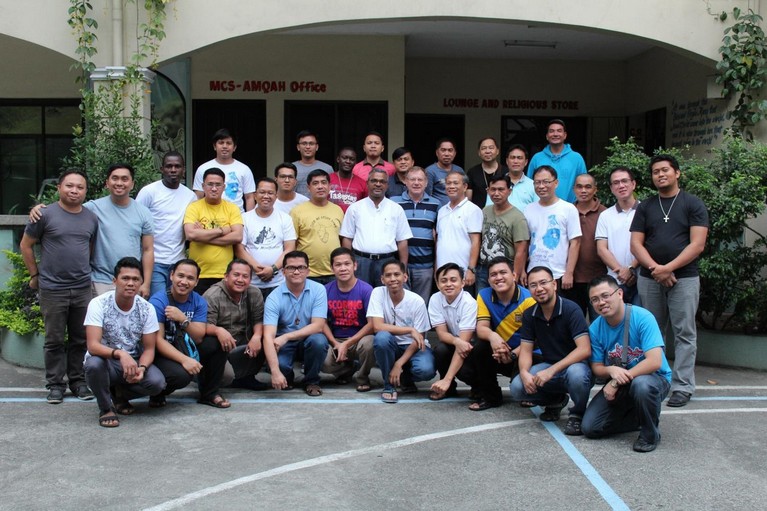 On March 22, 2018, the Philippine Delegation had a general assembly to warmly welcome the superior general Fr. Luiz Augusto Stefani, SMM and Fr. Rozario Menezes, SMM, one of the general councilors. The general assembly was held at Montfort Center of Spirituality, Scout Madriñan, Quezon City. It was a great opportunity to have the company of the Superior General of the Montfort Missionaries.
The assembly was facilitated by the delegate superior, Rev. Fr. Richard J. Magararu, SMM. During the assembly, the members introduced themselves per community and the activities involved in their mission areas. In his speech, Fr. Luiz expressed his happiness to visit the Montfortians in the Philippines and urged each to be committed in the missions as the number still is very small in the world among which a large number is of old confreres. Towards the end of the assembly, he also informed the delegation of the idea of opening up a new mission and the appointment of Fr.ederick B. Yumang, SMM as the National Director of the Association of Mary Queen of All Hearts-Philippines.  The general assembly was concluded with a Eucharistic celebration presided by Fr. Rosario Menezes, SMM.