Our Country Consecrated to Our Lady of the Immaculate Heart 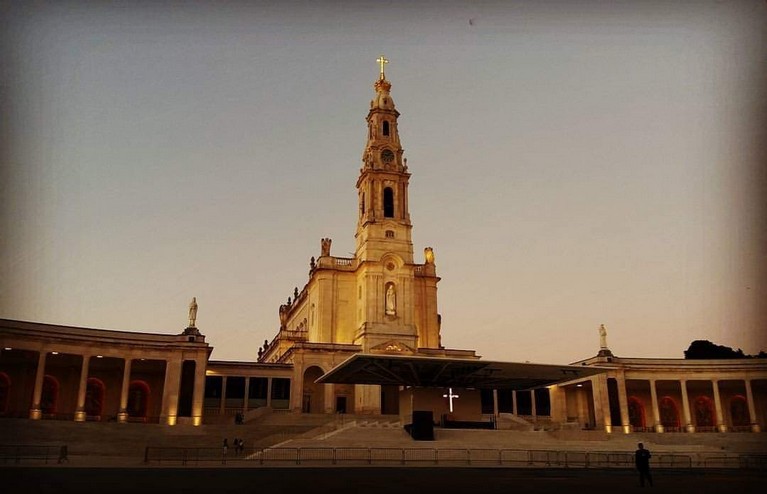 The 13th day of May 2020 marks the 103rd anniversary of Our Lady of Fatima’s apparition to the three shepherd children, Lucia dos Santos - aged 10 and her cousins Francisco Marto - aged 9 and Jacinta Marto - aged 7. Saints Francisco & Jacinta were elevated as the youngest saints in the universal church by Pope Francis in 2017, the Centenary of Fatima. It is not because they have seen Our Lady but because of their heroic virtues of exemplary fidelity and commitment in responding to the requests of Fatima. The cause for the Beatification of the Servant of God Sr. Lucia is now well underway. She died at the age of 97 in the convent of Coimbra, Portugal.
I have been blessed to have visited the Sanctuary of Fatima countless times, being a devotee to Our Lady of Fatima. I have been highly involved with the World Apostolate of Fatima (WAF) in England & Wales and the International WAF as a Board of Trustee, in making her urgent message known and lived before my entry to the Montfort Missionaries.  I always attribute the nurturance of my vocation to the intercession of Our Lady of Fatima; she has kept the little fire in my heart ever burning. I was planning for the National Shrine in England and Wales dedicated to Our Lady of Fatima, wherein a replica of the Chapel of the Apparitions (Capelinha) is one of the features. This was the opportune time to re-establish contact with the Montfort Missionaries in the United Kingdom, where I used to live for 20 years as a nurse. I was initially pastored by the late Rev. Fr. Ronnie Mitchell, SMM but lost contact after his death in 2012. Little did I realize that the meeting with Fr. Desmond Connolly, SMM, the new local superior, bridged the gap that was missing and led me to wholeheartedly respond to my vocation, wherein I am currently in my Novitiate in the Philippines.
On the feast of Our Lady of Fatima this year, the Catholic Bishops Conference of the Philippines spearheaded the national simultaneous Consecration to the Immaculate Heart of Our Lady. All the clergy, religious communities and families were invited to participate in this historic event. At the Montfort Missionaries International Novitiate, we were spiritually united with the Church. Fr Norwyn Baydo, SMM, superior of the Philippine delegation, offered the Holy Mass in honour of Our Lady of Fatima and the solemn Act of Consecration to the Immaculate Heart of Mary recited after the homily. “We consecrate to thee our very being and our whole life; all that we have, all that we love, all that we are.”
Consecration is very significant in the religious life as a Montfortian - consecrating oneself to Jesus through, with, in and for Mary. We might ask, why make this consecration to the Immaculate Heart of Mary on the feast of Our Lady of Fatima? Allow me to share with you that the central theme of Our Lady’s message in Fatima is the establishment of the devotion to her Immaculate Heart. It was revealed during her 2nd apparition on June 13, 1917, “Jesus wants to use you to make me known and loved, He wants to establish in the world devotion to my Immaculate Heart.” There are countless references pertaining to the Immaculate Heart. By joining in this Act of Consecration, we “prayed as one. We heal as one. We renew the world as one.”
Lastly, the Montfort Missionaries in the Philippines celebrates and thanks the good Lord for the 4th Sacerdotal Anniversary on the feast of Our Lady of Fatima of our beloved Fr. Frederick Yumang, SMM - a young, vibrant priest who is currently in charge of our Collegian seminarians and the Association of Mary Queen of All Hearts. Ad Multos Annos! Ave Maria!