ENTRANCE TO A WONDERFUL JOURNEY AS A MONTFORTIAN 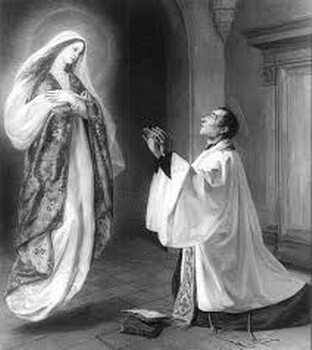 Last August 25, 2014, the community of the Montfort Missionaries in Cebu rejoiced and thanked the Lord for another gift of vocation that has been entrusted to the congregation. Two young and determined brothers, Bro.Lester C.Bonete from Taal, Batangas, and Bro. Samuel Gonzales from Tacloban, Leyte, responded to the call of God and desired to experience the life of a Montfortian, to follow Christ even up to the cross, to live a life for others especially with the poor, to practice self sacrifice and to be faithful to a life of prayer under the supervision of Fr. Norwyn V. Baydo, SMM, Postulant’s Director. The solemn entrance to the postulancy was held at the chapel of the Montfort Missionaries Formation and Mission House in Minglanilla, Cebu at 10:30 a.m. together with the commissioning for pastoral year of the two scholastics, Bro. Von Ryan S. Martinez, SMM and Bro. Emil Verson L. Marlin, SMM and the launching of the TTJ batch 13 in Cebu. The celebration was presided by Fr. Paul Arnel Lucero, SMM.(Delegation Superior)
The rite of the entrance ended by giving each postulant a mission cross which symbolizes their mission and the presence of Jesus Christ within them who called them in this kind of life, to be religious missionaries. Lastly, Fr. Paul challenged the two postulants with the message of P.O.T. (prayer, openness, trust). After the Eucharistic celebration a sumptuous meal was served coming from the generosity of the people.