Be One of Us: Live-In Search-in Seminar - SMM Newsupdates - SMM Philippines

Be One of Us: Live-In Search-in Seminar 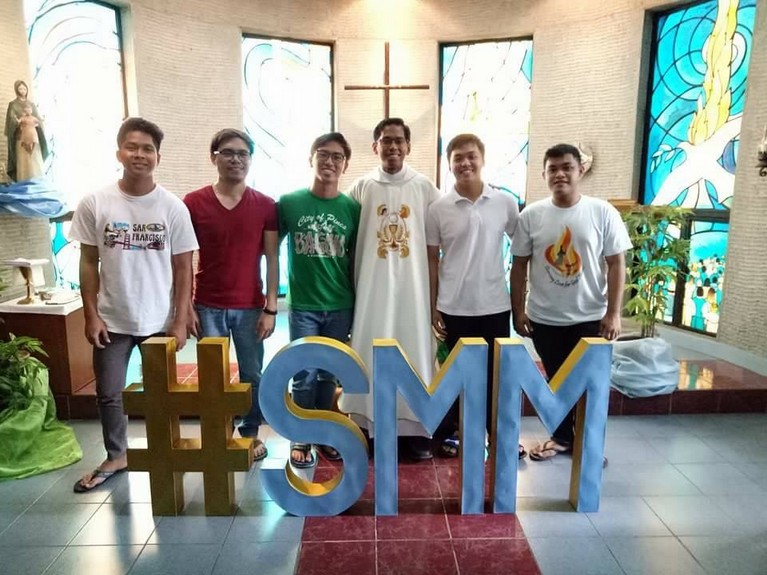 Last April 27-29, 2018, five young men who are in the process of discernment joined the three-day Live-in search-in Seminar, at the Scholasticate Community, New Manila, Quezon City. This program was offered to those who wished to have an experience of seminary life at least for three days. The first activity that they participated when they arrived was sports. The searchers played volleyball together with the scholastics. After that, they joined the community in prayers, watching local news and the recreation.
On the second day, they took part in the different activities that would help them to know themselves at a deeper level like photo language and family genogram. Each participant learned to share to the group who they really are. This was facilitated by Fr. Arnel Pagaduan, SMM, the Vocation Director. In the afternoon, they attended the feast day celebration of St. Louis Marie de Montfort at Sta. Teresita Parish, West Rembo, Makati City.
The third day was listening to the life testimony of the seminarians. The three brothers- Bro. Lester, Jayson, and Francois- from the Scholasticate community had shared their experiences from their formation as a Montfortian religious. After that, Bro. Armel introduced the congregation by sharing the charism and spirituality of the Montfort Missionaries.
The live-in search-in seminar was ended by a Eucharistic celebration presided by Fr. Arnel. After his homily, the searchers were given a chance to share their feelings and reflections of the three days live-in search-in experience.
It was indeed a grace-filled moment for all the searchers.